The New York Board of Bar Examiners is the administrative organization charged with enforcing the New York bar exam eligibility requirements.  If you have any specific questions regarding your eligibility, you should contact the examiners directly.

The following example illustrates reciprocity.  New York (the local jurisdiction) will allow an attorney admitted to the bar in Arizona (the other jurisdiction) admission to the New York bar without the attorney having to take the New York bar exam. However, the reciprocity is only permitted if Arizona also allows a lawyer admitted to the bar in New York admission to the bar of Arizona without the lawyer having to take the Arizona bar exam.

Reciprocity is often referred to by “admission by waiver” or “admission on motion.“

Pursuant to admission by waiver, an attorney may be “waived in” to the local jurisdiction’s bar.

Requirements for Admission, on Motion, to the New York Bar

Jurisdictions That Have Reciprocity with New York

Reciprocity agreements change from year-to-year.  Please check with the New York Board of Law Examiners for the latest information.  At the time of publication, for the purposes of admission on motion, the following 39 jurisdictions have reciprocity with New York: 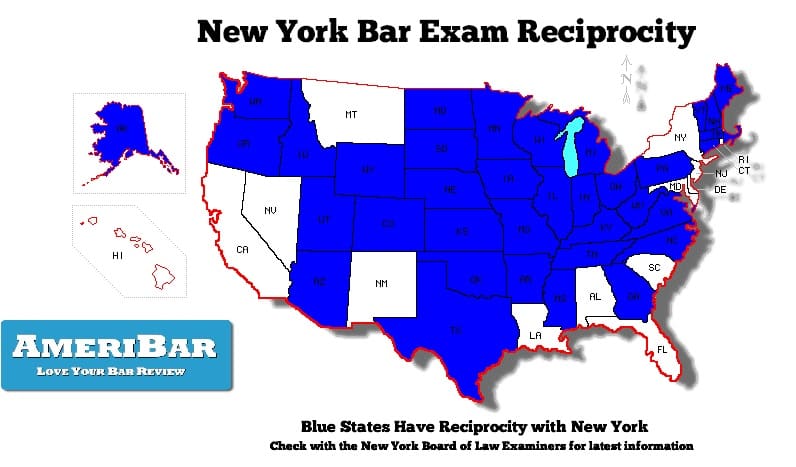 Applying for Admission, on Motion, to the New York Bar 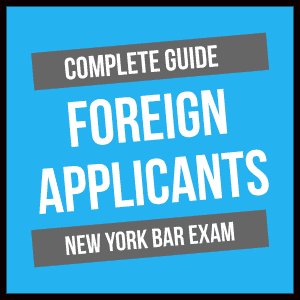